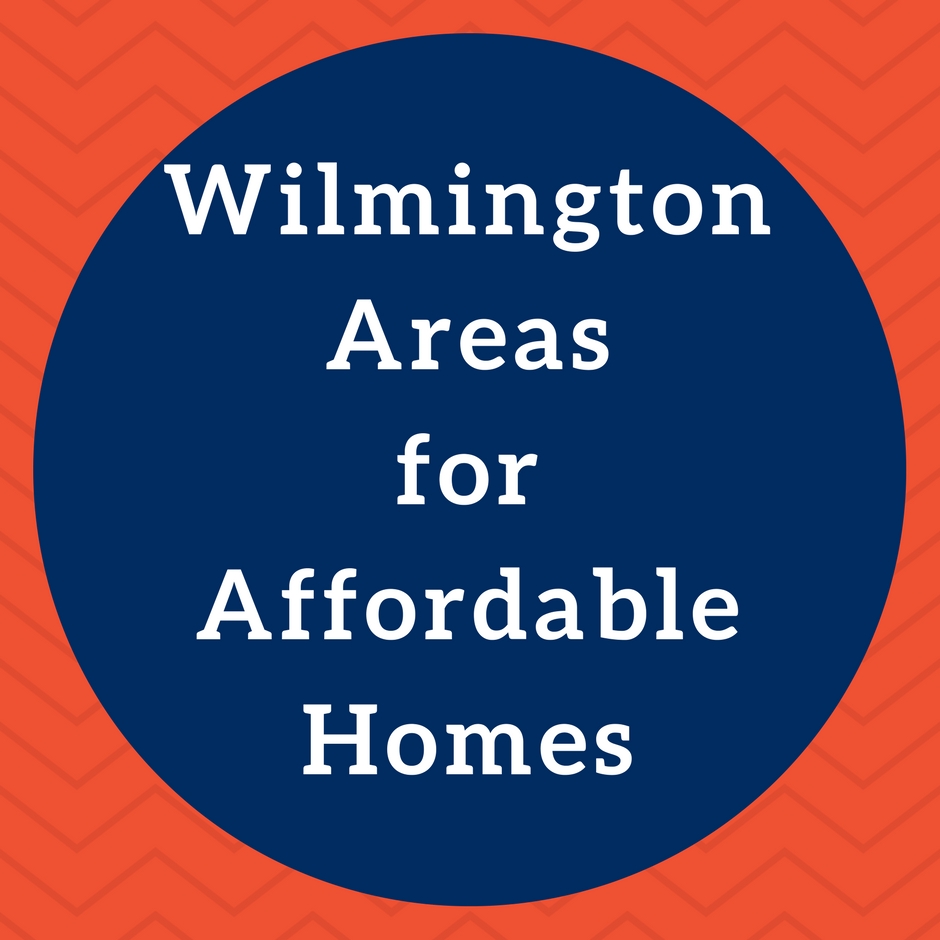 Posted: January 10, 2018 by Melanie Cameron
Homebuyers, especially first-time homebuyers, often have a difficult time finding the right home at the right price. Many want to have their dream house right now but don’t have the money to purchase it. However, sometimes its just a matter of location. There’s plenty of great homes in the Wilmington area, but when combined with a great location, home prices can stretch outside buyers’ budgets. Everybody wants to be near all the best shops, restaurants, and, of course, the beach, but sacrificing the perfect location for a lesser one can make a huge difference in the price.

These areas are often considered to be less desirable, because they’re located further from necessary attractions, in a bad school district, or countless other reasons. However, those shouldn’t be deal breakers, especially if the buyer is looking for a more affordable home. For example, buyers without children wouldn’t need to worry about school districts and can find a lower-cost option by searching for better homes in less exemplary districts. Areas near Monkey Junction, Ogden, and Murrayville tend to have more affordable home options, largely because of their location.

Monkey Junction is an unincorporated area located around the intersection of S College Road and Carolina Beach Road. Two of the larger sections are Silver Lake and Myrtle Grove. Most of Monkey Junction resides outside the city of limits, which conveniently exempts residents from city taxes. However, it also precludes them from city services like trash removal and policing, which is considered desirable by many buyers.

The Monkey Junction area is largely overlooked, because it is distant from the main regions of Wilmington. When considering where to live in Wilmington, homebuyers usually want to be near the center of the city, downtown Wilmington, or Wrightsville Beach. Monkey Junction area homes aren’t particularly close to any of those when compared to other areas, but are still within a 10 to 20-minute drive. Additionally, Monkey Junction has become a thriving area in its own right. New commercial and residential developments have Wilmington residents moving to the area rather than away from it.

Breezewood Condominiums is an example of a community in the Monkey Junction area with affordable options. Districted to Pine Valley Elementary, Myrtle Grove Middle, and New Hanover High School, the community attends decently good schools, but not the best in the county. (Most New Hanover County schools are ranked as some of the most respectable in the state.) Though near the edge, Breezewood Condominiums is actually in the city limits, so residents have access to all the usual city services. Flying in the face of the notion that affordable housing has to be “cheap”, the community features quality condos and even has a pool.

Monkey Junction is usually written off as too far away from the most popular Wilmington regions, but less picky homebuyers can use that to their advantage and get a great home for an even better price.

However, there are plenty of gorgeous Ogden homes, which are much more affordable than similar homes in more heavily populated locations. Alamosa Place is one community in the Ogden area that has great homes at affordable prices. Almost always priced under $200,000, the community features homes of about 1,000 to 1,500 square feet, perfect for small families, couples, or singles. Slightly further north, Quail Woods started in the late 80s, and the most recent home was completed in 2013. Quail Woods homes are similarly affordable but a little larger than Alamosa Place homes with floor plans ranging from 1,000 to 2,500 square feet.

The Ogden and Murrayville areas are further north than some homebuyers would like to be, but the distance is manageable and helps to make homes more affordable. Plus, they’re still close to Wrightsville Beach!


“Location, location, location” is the often-repeated real estate phrase. And while it is true that location has a big effect on the price of a home, it shouldn’t control buyers’ decision when choosing their home. Whether its their first home or their fifth, homebuyers want to get the most bang for their buck. If location isn’t of critical importance to a homebuyer, then it makes sense to search for homes in overlooked areas. The difference in price might not result in your dream home, but it can get you a lot closer.

If you would like to know more about these areas or want assistance searching for your next home, contact The Cameron Team today. We would be happy to help.
Buying a Home   Selling a Home
Loading Comments
Back